Does ancient history still matter today?  The civilizations of ancient Egypt and Mesopotamia are long extinct.  We do not share their primitive superstitions or archaic forms of 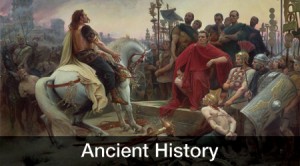 government.  But the builders of the pyramids and ziggurats whose civilizations lasted three thousand  years left a permanent mark in our lives.   Even more important to understanding the world we live in are the ideas of the Greeks and Romans, whose democratic and republican forms of government greatly influenced America’s Founding Fathers.   Rome was also the incubator of Christianity, which survived the fall of the Roman Empire and went on to become the most important religion in the world.  Thomas Jefferson, who said that “history…is that knowledge most useful to us,” once proposed that the study of ancient history should be mandatory for American school children!  Find out why in the 2015-16 program of HistoryAtOurHouse.  Available as Live Webex classes and recordings in MP4 screencast and MP3 audio formats  for 2015-16.

Also: Learn about the History Through Art component of the 2015-16 live classes! 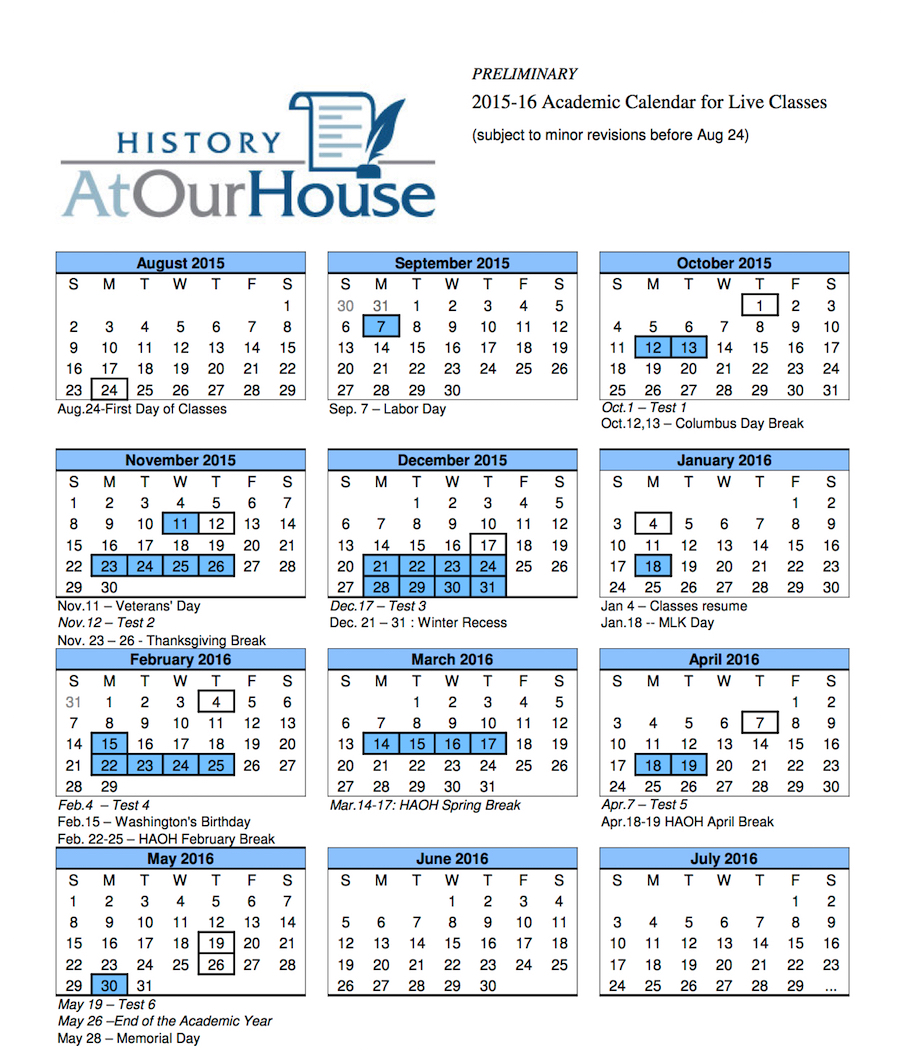 Classes for all levels meet four days a week, Monday-Thursday.

Class times, subject to enrollment, are as follows:

User names can only have lowercase letters and numbers in them.